The Appell Center is pleased to bring Broadway professionals directly to the students of York. Master Classes offer the opportunity to work directly with the teaching artists or to learn by observing.

Join international and Broadway performer, Jesse Kovarsky, for a dance class that will be a combination of contemporary flow and improvisation. Jesse last worked on Fiddler on the Roof (The Fiddler), The Band’s Visit (Associate Choreographer) and in many films including Tick Tick Boom with Andrew Garfield. This class is for all levels with a focus on individuals who do not necessarily come from a strong dance background.

Artist Bio
Jesse Kovarsky is a dancer and movement director from NYC that has performed and taught all over the world. He received his Masters in Performance from Trinity Laban in London and went to work with visionary movement makers such as Hofesh Shechter, Sidi Larbi Cherkoui, Punch Drunk, Alexander Ekman, Ryan Heffington, Russell Maliphant, Bobbi Jene Smith, Arthur Pita, Sonya Tayeh, and Celia Rolson-Hall. He gravitates towards more theatrical work having originated roles in Punch Drunk’s The Drowned Man and performed in their hit show Sleep No More. He was a soloist at The Metropolitan Opera House in the controversial opera The Death of Klinghoffer and has appeared on Broadway in Fiddler on The Roof and worked as the Associate Choreographer on The Tony winning show The Bands Visit. His Films/TV credits include: Anna Karenina, The Muppets Most Wanted, Tick Tick Boom, After Yang, and Harlem. He has collaborated with notable brands such as Netflix, Amazon, Hermes, Virgin, Calvin Klein, Saks Fifth Avenue, & Nike. Throughout his career as a dancer he slowly established his own personal approach to movement that stems from improvisation, theater exercises, and spending hours dancing at the night club. Greatly impacted by music, his approach to discovering how the body wants to move is heavily assisted by finding our own personal uninhibited groove. 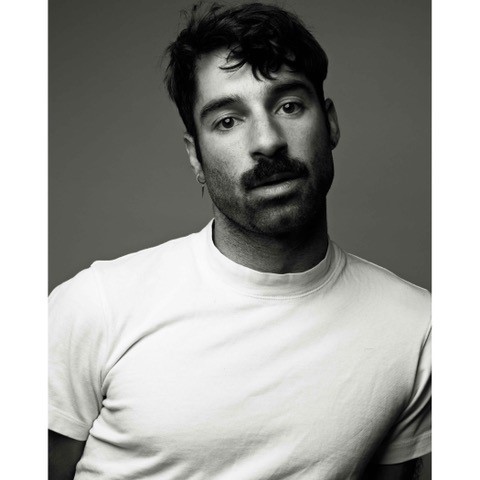